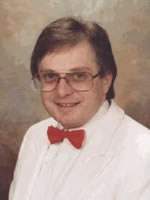 Jonathan was born in Cilfynydd and educated at Pontypridd Grammar School for Boys.
He read music at the University of East Anglia Norwich during which time he studied the Pianoforte with David Parkhouse a professor at the Royal College of Music.
At Durham University where he trained as a teacher, Jonathan was awarded a choral scholarship.
Johnathan began his teaching career in 1977 at Afon Tâf High School in Merthyr Tydfil and has Been the school’s head of music since 1980.
He served as accompanist to Côr Meibion Pontypridd for ten years and has been Musical Director since 1990.
He has accompanied many nationally acclaimed artists over the years and has toured Hungary, Germany and Holland with such choirs as Côr Meibion De Cymru, Côr Meibion Pontypridd and Côr Meibion Cwmbach.
He continues to sing with “Cantemus” an á cappella group based in Cardiff and plays the organ at Beulah Babtist Church in Cilfynydd.
In 1984 he was awarded the degree of M.A. from the University of London, He has been a G.C.S.E. music examiner since 1990 and has been a tutor of the Mid Glamorgan Youth Choir since 1978. 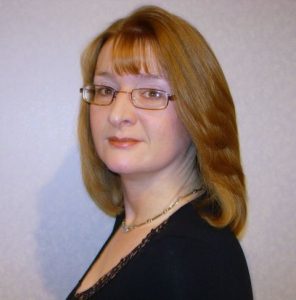 Born in Merthyr Tydfil, Darya was educated at Cyfarthfa High School. In 1988 she graduated from the University of York with B.A. (Hons) Music/Education. Whilst at York, she studied piano, trumpet and voice. Darya furthered her musical studies in 1989 by undertaking a Post Graduate diploma at the University of Wales, Cardiff and holds a Masters Degree in Leadership and Management.

Commencing her professional career as a Primary School teacher in Pontypool, Darya soon moved into the field of Special Education and is now Headteacher at Pen-y-Cwm Special School in Ebbw Vale.

In addition to being musical director to Dowlais Male Choir, Darya enjoys a firm association with Pontypridd Male Choir. She is also in demand as a guest MD with other male choirs, and is the accompanist to Con Voce, a chamber choir, based in Merthyr Tydfil. Darya is also the organist and a deacon at High Street Baptist Church.

Darya enjoys working with young people both in and out of school time and was appointed as the first Musical Director to Sioergerdd/Showcase Performing Arts Youth Association. She has worked as a chorus trainer for “Katerina”, a youth project within the Welsh National Opera.

Darya has accompanied many choirs and artistes over the years and has performed in significant venues in Great Britain, Belgium, France, Italy, Germany, South Africa, the U.S.A and Canada

Darya is delighted to be the Musical Director of the choir in its fiftieth year, and looks forward to a long and successful association with the choir in the future.

In July 2014 Côr Meibion Pontypridd’s held a special Gala dinner and dance at the Vale Hotel in Miskin to honour Dorothy in recognition for 50 years of dedication and service for the choir. 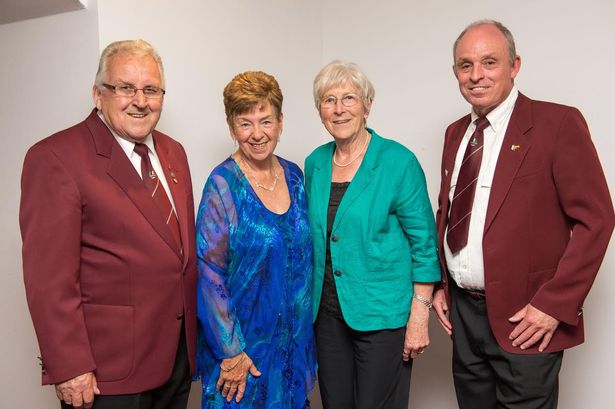 The gala dinner was followed by a speech from David Ogborne, former music director of Basingstoke Male Choir and a close associate of Dorothy and Côr Meibion Pontypridd over several decades. He said: “Pontypridd Male Voice Choir is envied by so many of us, for the skilled tuition the choir receives from Dorothy.

“The high quality singing reflects the continuity of support given to the choir by the outstanding musician.” He added he saw Dorothy as “one of the friendliest, most talented and hardest working people in choral music.”

Gifts and further tributes were presented by Berndt Klass, of Oberensingen, Muriel Gulliford, chairman of the Ladies Choir Support Group, and by Layton Watkins, secretary of the Welsh Association of Male Choirs.

Dorothy said: “Music is unique and hugely enriching and plays a great part in my life – the interaction between music director, choristers and their music is about entering into new experiences and building lasting friendships.

“As the song title so aptly puts it, what would I do without my music?”

The celebratory evening was completed by contributions from the choir and from young Church Village protégés Menna Cazell Davies, soprano, and Ben Smith, tenor. 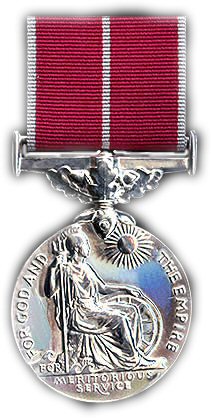 On receiving the recognition for her dedication and support to the choir Dorothy said she was overjoyed when she was notified of her honour.

“I was very proud. I had a letter from the cabinet office at the beginning of November, but obviously couldn’t spill the beans until New Year’s Eve and was bursting to tell people.”

CONGRATULATIONS DOROTHY
WE ARE ALL SO PROUD OF YOU